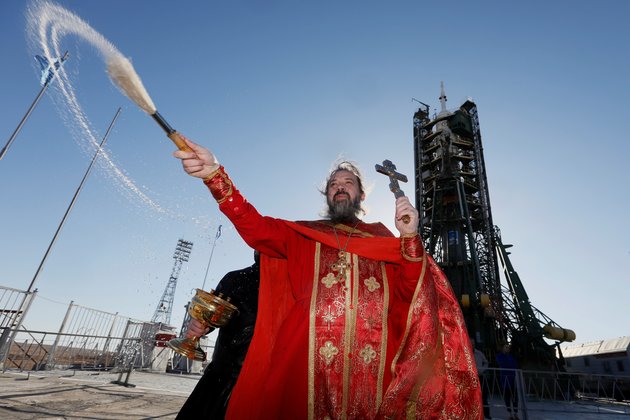 Forcing consensus is bad for science and society

The March for Science that took place in cities around the world on April 22 was intended to speak for science, defending evidence-based policies, the strength of peer-reviewed facts and government-funded research.

The marches reflect a growing trend. In February 2017, the text Ethics & Principles for Science & Society Policy-Making, known as the Brussels declaration, was adopted at the American Association for the Advancement of Sciences annual meeting, in Boston. And both the OECD and UNESCO have recently published documents supporting the role of science in informing policy.

Open dialogue between scientists and the societies in which they live and work is, of course, an essential ingredient of democracy. But insisting that science operate under a mandate of consensus, which is the timbre of numerous debates, from vaccines to climate change to genetically modified organisms (GMOs), is not.

The risks of scientism

Critics of the March for Science, ourselves included, have noted that the marchs program is dangerously close to scientism the adoption of science as a worldview or a religion to the exclusion of other viewpoints.

In doing so, both the march and agreements such as the Brussels declaration ignore the deep crisis facing science, with its daily bulletin of casualties.

Nor is it a good sign that few are reflecting on the power asymmetries that taints what science is used in policy: citizens cant easily create scientific knowledge, while corporate interests can and do. And evidence has become a currency used by lobbies to purchase political influence.

On the issue of climate change, most scientists have likely formed the opinion that humanity is basically conducting a large-scale geophysical experiment with the planet by increasing the concentration of greenhouse gases.

The problem is not that thesis (its essentially correct) but that it is been presented as the scientific consensus concerning the proposed strategy for phasing out fossil fuels. Reasonable minds can differ on the urgency or the feasibility of the strategy for mitigating global warming.

This is one reason why observers on both sides of the act now! versus wait and see camps cant agree on how to tame the doubt hounding both climate research and effective responses to the challenge.

What climate, vaccines and GMOs have in common

Childhood vaccination is another hotly contested topic, and the controversy around them has flared for two decades. It started with a paper published in The Lancet in 1998 later retracted that purported to show links between vaccines and autism.

The controversy is as fierce as ever today thanks to the involvement of US President Donald Trump and his entourage.

We support vaccination. But we cannot overlook that science holds the responsibility for both starting the scare and for taking a long time to correct its errors. It is unfortunate that we (and others) need to exhibit pro-vaccine credentials in order to attempt a meaningful discussion.

It is also regrettable that vaccines end up being mentioned in same sentence as climate and GMOs. The frequent implication is that science is not the problem but rather the people, who, lacking the knowledge necessary to formulate a clear judgement, end up resisting scientific facts.

This perpetuates the so-called deficit model, an old theory that blames the lay publics ignorance of science for many problems in the adoption of evidence-based policies.

Golden rice and crimes against humanity

Should science speak with one voice? It did, without doubt, last year when 107 Nobel laureates signed an open letter accusing the environment organisation Greenpeace of crimes against humanity for delaying the commercialisation of a genetically modified rice variety called golden rice.

The Nobel laureates argued that golden rice, which is high in beta carotene, has the potential to reduce or eliminate much of the death and disease caused by a vitamin A deficiency and possibly avoid the one to two million preventable deaths [that] occur annually as a result of this nutritional imbalance.

Some observers stressed the gravity of the accusations, while prominent journals such as Science and Nature downplayed the letter.

Either way, its content is, frankly, incendiary (more extracts here). In addition to the above claims, the laureates asserted that Greenpeace has spearheaded opposition to golden rice. Opposition based on emotion and dogma contradicted by data must be stopped, they wrote. How many poor people in the world must die before we consider this a crime against humanity?

Many claims in the letter are either patently false or highly contended. Even the thesis that golden rice is an instrument in the battle against vitamin A deficiency is questionable, according to the International Rice Research Institute. The enhanced beta carotene content of the crop appears to be variable and its value possibly reduced by cooking. Its effectiveness merits further study.

Other scientists have pointed out that vitamin deficiencies are more efficiently fought with better nutrition, direct supplementation, nutrition education programs, the promotion of home gardens, or with the enrichment of staple food with essential nutrients such as vitamin A. All these policies have been implemented successfully over the past decade in many countries.

Golden rice is also a poor solution for vitamin A deficiency because of its lower yield compared to other rice varieties, which could deter farmers from growing it. This is one of the reasons why golden rice is not yet approved for commercialisation.

Finally, its yellow colour makes it more difficult to detect contamination from a dangerous mycotoxin that can cause serious health problems in humans.

All of which is to say that claiming that the introduction of the crop in Asia and Africa by early 2000 would have been beneficial and saved lives is doubtful at best. The evidence does not even contradict the alternative conclusion: that the delayed commercialisation was actually better for the populations concerned.

GMOs are a battlefield showing how the issue of framing deciding on the nature of the problem is of paramount importance.

For two decades, we have been told that GMOs are safe for human consumption. The tunnel vision on food safety has led to the neglect of other legitimate inquiries on, say, issues of the power, regulation and control of the genetic fabric of our food. Such issues are central to why many constituencies opposed GMO crops.

Relevant, too, and also under discussed, are lessons from unsuccessful GMO adoption.

Today, increasingly more voices are asserting that new technologies should be regulated not only on their benefit-risk profiles but also on their societal context and need, and searching The Conversation for golden rice returns a wealth of opinions, indeed the opposite of a consensus.

This happens because science is a show me, not a trust me, field. Purporting to speak on behalf of all science, as the Nobel laureates sought to do with golden rice, conflated science, the scientific method and truth.

We live in times of intense ideological confrontations surrounding scientific work. The notion that science works for a common good, which is occasionally imbued with the prestige and authority of Nobel Prize winners, is reassuring. But it is dangerous.

Science is strictly impersonal; a method and a body of knowledge, wrote the sociologist John Dewey in the 1930s. It owes its operation and its consequences to the human beings who use it. It adapts itself passively to the purposes and desires which animate these human beings.

Dewey called the problem involved in our control of science the greatest which civilisation has ever had to face. This calls for a vigilant society and a scientific field that never tires of being critical of itself.